Hisatada Otaka was born in Tokyo in 1911. He enjoyed music starting from early childhood. He learned the piano with Sealy Watanabe and composition with Eitaro Katayama, while studying at Seijo High School. In 1931, he dropped out of high school and went to the Vienna Music Academy. There, he studied the piano with Yahn Bale and music theory with Steel. After learning for a year and a half, he returned home and taught music theory at Musashino Music Academy , while studying the piano with Leo Shirota and composition with Pringsheim.

In 1934, Otaka returned to Vienna again, studied composition with Joseph Marx, and conducting with Weingartner at Master Class of the Academy of Music. “Nihon Kumikyoku (Japanese Suite)” was composed for the piano in 1936 and later arranged for orchestra as his graduation work. This work was awarded the Weingartner prize. After graduation, he was active as a conductor of the Vienna Symphony Orchestra and Berlin Philharmonic. Otaka returned home in 1940. In the next year, he played his own orchestral music together with works of Mozart and Brahms at the New Symphony Orchestra (currently named the NHK Symphony Orchestra), debuting as conductor and composer. Starting in 1942, he became a permanent conductor of the Orchestra. He dedicatedly worked during and just after the World War. He composed a lot of works mainly for Orchestra. He played his several works, one after another, such as “Rhapsody for Piano and Orchestra” (1943), “Symphonic Fantasia ‘The Prairie’ “ (1944), “Cello Concerto” (1944), and “Concert Suite for Piano and Orchestra”(1946) at the concert of his Orchestra.

Otaka’s other works include “Sonata for Violin and Piano” (1932), “Sonatine for Piano” (1940), “Piano Trio” (1941) and others. His musical style is regarded as elegant consisting of German romanticism and Japanese beauty.

Otaka died at the age of 39 in 1951, because of overworking during and after the War. On the first anniversary of his death, “The Otaka Prize” was established with the prize money from the Minister of Education Award which Otaka won after his death. This Prize aimed at orchestral works of Japanese composers. In addition, his wife is pianist, Setsuko Otaka. His oldest son, Atsutada is a composer, and his second son Tadaaki is a conductor.

Otaka took Eitaro Katayama’s compositional lesson when he visited Seijo-High School. In 1931 he went to Europe to enter the Vienna Music Academy, Meister-class of the department of composition, there he learned composition and piano. Temporally returning back to Japan (193234), he taught musical theory at Musashino College of Music (now Musashino Academia Musicae), while continuing to learn composition and piano. After

returning to Europe, he took Josef Marx and Franz Moser’s lesson of composition and conducting lesson under Weingartner. After he absolved the Meister class in 1937, he was active with European orchestras as a conductor. After returning back to Japan, he was a professor at Tokyo Music Conservatory (now Kunitachi College of Music) and from 1942 until his death, he dedicated himself to the New Symphony Orchestra (currently named the NHK Symphony Orchestra) as a conductor.

The composer Atsutada and a conductor Tadaaki Otaka are his sons, and the famous Japanese industrialist Eiichi Shibusawa is his maternal uncle.

While committed to the German romanticism style, he is appreciated to have integrated the characteristics of Japanese music into his works. The Weingartner prize for his orchestral suite Nihon Kumikyoku (Japanese Suite) proved his high musical talent already during his Viennese period. While working as a conductor in Japan, he presented his works alongside European music. He was first recognized within the Japanese musical scene with the performance of his symphonic poem Ashiya-Otome and Midare. The NHK Symphony Orchestra, his affiliate orchestra, played a great role in premiering many of his orchestral works. Not small in numbers are his chamber works, for whose premiere he made a concert in 1942.

His contributions to the Japanese musical scene are indispensable. However, during the political instability before and after the World War he worked himself to an early death. His last unfinished work, an arrangement of his flute concerto for orchestra, was completed by his student Hikaru Hayashi. 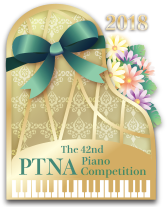